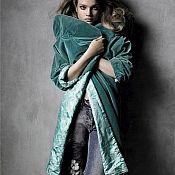 VarageSale
“Worst Buy/ Sell Website”
It's next to impossible to sell anything on this website/ app. One thing I liked about it was the bump up feature every 2 hours or something, but that turns into to a game with hardly anyone to look at the ads. One person messaged me once and told me to use facebook marketplace as I seem to post a lot. I told her that I do have marketplace and it works really well for me but I also do happen to have some ads on varagesale. One thing I noticed also about this site is that people are way more cheap on this than all other buy/ sell sites. They love to bargain and never buy anything, but there lack of people on the site makes it useless and I am surprised Letgo fell apart and this one didn't. I see a lot of ads here, so even though it's hard to sell anything here, and also most of the things I bought here were not as described, so people here (mostly housewives) are the most cheap and shady, the site constantly shows ads to you. Letgo also was bad and one person stole a porch pick up item, but Varagesale is bad for it's own reasons. You can hardly sell anything big on this site. Most sales will be of $5 items. The worst part of this website is the rude and intrusive moderators. They will remove your account for no reason and will never respond back as to why. A simple criticism to a buyer who keeps cancelling or isn't interested in buying in the first place and saying such a word as "flaky" will get your account removed. This is what happened and I think it's good riddance, since it was a real waste of time. Most of the things I have sold recently are on facebook marketplace and kijiji. I didn't know that kijiji was still being used, but as it so happens, more men tend to use kijiji and they are often busy and don't waste time negotiating or being catty. I have had that one person who got my account canceled because I called her flaky, then find me on facebook and leave me a long rant. I am surprised how so many of these white women have such low level of tolerance for criticism and will stalk you and to other social media/ sites and leave long rants in a strongly defensive and rude manner. I did not read her comment, but it just goes to show what kind of people are often pretending to be interested but they can't buy because they are cheap and aggressive people. This person also had an argument with me before because she kept postponing and negotiating while another person quickly picked up the item from facebook without negotiating. I want to sell my items not make life long promises to shady people. There are also those you take forever to reply and then pretend there was already an agreement when they did not reply to confirm. These are the kind of ridiculous people that dominate Varagesale and as others have pointed out, the housewifely moderators are on a power trip, not considering that the site/ app was made to make money off of people clicking on ads. I hope it also ends soon. I was sorry that Letgo ended, even though I got ripped off of from that site but Varagesale is just a useless waste of time.
Helpful (0)
Thank you
Quora
“Bigoted, Biased, Conservative Moderation”
The policies of the site say that "Users are not allowed to post content or adopt a tone that would be interpreted by a reasonable observer as a form of hate speech, particularly toward a race, gender, religion, nationality, ethnicity, political group, sexual orientation or another similar characteristic," and "Answers and comments that challenge the fundamental beliefs of an OP or answerer will be held to a very high standard." Yet, they continue to allow ISLAMOPHOBIC HATE SPEECH and their site, which is basically lies created to instill fear in others about Islam and Muslims, and how Islam is the most dangerous religion. Four times, moderation deleted my comments in response to the hate-mongerer, calling him out for hate speech and that he is violating Quora policies. It shows what kind of people are sitting behind the moderation computer, that is, of course the same as the inciter of hate. They will not consider this hate, but immediately delete my comments. I am surprised the review below is saying it's liberal, because these conservative, anti-women, racist, anti-religion and hateful people are always having a feast on the internet and places like Quora! They have quite the way to hog all space, and censor all other speech, and perhaps, start monitoring you due to their Islamophobic hatred.
Helpful (12)
Thank you

Amna hasn’t received any thanks yous.

Amna doesn’t have any fans yet.

Amna isn’t following anybody yet.

Keswick admin. Staci B has the worst attitude it seems her admin job has gone to her head. She...

Too many unreasonable rules to follow and they kick people out suddenly without any notification...