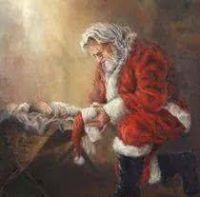 VIP Rentals
“They terminated my lease because I had a prescribed therapy animal”
I will try to readers digest this and just put the highlights. First of all my 2nd day in a house they rented me my foot went through the floor. I am not incredibly heavy I weighed about 120 at the time.
The maintainance man made unwanted sexual advances towards me and broke an antique in my home. He took it claiming he was going to fix it and it took the police to get it back several months later still broken and missing a piece.
When I moved in I was told that the house had central heat and it only had baseboard when I told them they tried to claim that baseboard heat is central heat.
My door could be opened with a credit card and they took almost a year to fix it
They tried to say they were charging me for an unkept lawn so I took a photo of my freshly cut lawn immediately after receiving the notice
And the biggest violation of my rights is that I had a Dr letter and prescription for a therapy animal which they tried to deny my right to and when I hot an attorney to inform them that they cannot do that they terminated my lease.
Also if you check Facebook for reviews joshua and Cheryl are not clients they work there and write reviews to boost their rating.
Helpful (1)
Thank you

Chris hasn’t received any thanks yous.

Chris doesn’t have any fans yet.

Chris isn’t following anybody yet.