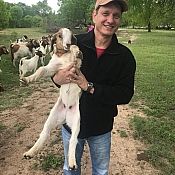 Viking Range
“Many Problems with New Appliances out of the box not working”
I have been a long-term supporter of Viking Appliances. However, recently, in a new house the fridge was dead out of the box. It took months to try and repair. Eventually, after spending hours and hours with customer service people, they agreed to replace it. Recently, I had a wine cellar go out after only 2 months of use. I have been trying to work to get it repaired. There have been 4 service calls, still does not work. Poor produce with poor customer service. People at Viking are rude. Who in the world can endure months and months without a major appliance working? Are we supposed to used coolers to refrigerate our food for these months? Check out the reviews online, many similar complaints. Think hard before buying Viking appliances!
Helpful (1)
Thank you

Don hasn’t received any thanks yous.

Don doesn’t have any fans yet.

Don isn’t following anybody yet.