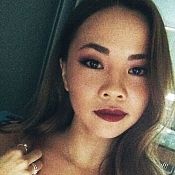 Ventrone Chronicles
“Cute designs but poor quality and customer service”
In November 2017, I placed an order for 2 necklaces. Shortly after, i received an email asking to confirm my postal address, which I did. I attempted to chase up my order in December by email- no reply. In January 2018, I attempted to message through the instagram page where I was redirected to email- by now I was fed up with having my order pushed aside but they finally replied saying that "emails were not being received on both ends and it seems as though USPS has misplaced the order". Which is strange given I never received a tracking number or an email confirming shipping. All they said was that they had not received a resolution from USPS and would update me once they hear back. I emailed in March, very frustrated by the lack of communication. It was 5 months since i placed my order and it is their responsibility to follow up with UPS and update the customers on jewellery that they're supposed to provide. They replied saying it can take up to months for USPS to reply, did they expect me to wait for that long?! They finally agreed to send me a replacement package. And they sent me the wrong order! I emailed as soon as i received the package in April and have not heard back since.

It's disappointing as I'm all for supporting these young female entrepreneurs * and the designs are creative and trendy. I'm sad to say it seems as though they lack the maturity to deal with the business side of things- their terrible customer service (only replying to emails when it suits them and having no other point of contact) and the lack of transparent policies and terms on their website (shipping and returns).

The designs of the jewellery is cute but also overpriced for the quality. The fine golden hoops are pliable (you can bend them out of shape with your fingers) and the gold discolours quite quickly. I'd rather spend more money for better quality jewellery and proper customer service.

Katherine hasn’t received any thanks yous.

Katherine doesn’t have any fans yet.

Katherine isn’t following anybody yet.

I ordered from Japan and was so excited, but ended up knowing I never got product and just taken...

Summary is, they kinda scammed me. I bought their Grand Gold Facile Hoops. I got them in the mail...