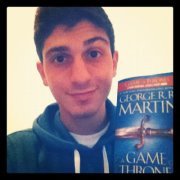 Vans-shoe-uk.org
“So it all started July 18th, i bought a pair of shoes...”
So it all started July 18th, i bought a pair of shoes that i couldn't get anywhere here in Canada so i thought this would be perfect. I ended up buying the shoes for about 38 Euro, which is about 47 Canadian. Well they somehow got away with 60 Canadian which i thought whatever i just want the shoes. I waited patiently for a couple weeks, until they arrived at the post office. The shoes were the wrong pair of shoes, they sent me the wrong pair of shoes then what it stated on the website. Not only that but they were sent from China, even though the site clearly states Uk in it's title. I got really frustrated after paying for the conversion. So i email them stating that i would like a full refund and not pay for shipping and handling since their the ones who messed up. After several messages i've sent, i have got no replies at all. Their customer service is terrible and i'm very disappointed. If you can also email them and complain that would be amazing.
Helpful (2)
Thank you

Mark hasn’t received any thanks yous.

Mark doesn’t have any fans yet.

Mark isn’t following anybody yet.