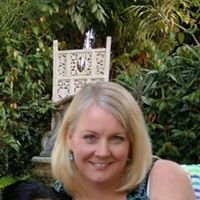 Penske Media Corporation
“Beware subscriptions to any of their services”
They will sign you up and then auto renew any subscriptions without consent. There is no way to get any kind of resolution from any of their groups. They are a bunch of thieves.
Helpful (2)
Thank you
Variety Group
“Not worth the hastle”
I subscribed to Variety Insight for one year. The database was not up to what I had expected but I let the subscription run out. They contacted me before the contract expired to see if I wanted to renew, I said no. Then they replied that they had made a mistake when they sent the renewal notice and that it was already too late, so I was resubscribed without my consent. I have contacted them multiple times to try to resolve this and they have not made any effort to address the situation. They have charged our organization for an entire year despite the fact that subscriptions are usually paid monthly.
Helpful (4)
Thank you
J.Jill
“J. Jill customer service provided assistance in resolving this issue”
• Updated review
After encountering the problems noted above with Comenity Bank, the bank handling the J. Jill credit card, I contacted J. Jill customer service to make them aware of the issue. They graciously volunteered to intervene with the bank and helped me to resolve the situation by having the late charges dismissed. As a result, although I will never again do business with Comenity Bank, I will continue to patronize J. Jill.
Helpful (5)
Thank you
“Beware of J. Jill credit card”
• Previous review
This store's credit card is handled by Comenity Bank which is a bank guilty of fraudulent and unethical business practices. Stay far away unless you want to have delayed posting of your payments to generate additional late fees and interest for the bank.
About.comenity.net
“Fraudulent and unethical bank”
This is the bank that provides the J. Jill credit card. On July 3rd, Comenity's processing center received a check from me for $29 the payment of my account in full, along with a request to close my account immediately. I know this to be the case because my bank had a note in my account that a payment was being processed on July 3rd. For some reason, this payment did not post in the system until July 5th due to the national holiday. Subsequently, I received a letter from Comenity Bank acknowledging receipt of this amount and the closing of my account with a $0 balance.

Several weeks later I received another bill for this account charging a late fee of $25 and interest of $2. When I called to find out what was going on and why a fraudulent amount had been charged to my account I was told that because the system had not credited the amount to my account on the 3rd or 4th, that they were counting it as late and had fraudulently reopened the account and charged me with two late fees plus interest.

Be noted that I am filing a complaint against the bank with the Better Business Bureau because I find the actions of your bank and its personnel both unethical and fraudulent.
Helpful (2)
Thank you
Rotita
“Bad quality products, nonexistent customer service”
I ordered a top from this company. It arrived in a timely fashion but upon examination, it was mis-sewn in several places. The pieces that made up the back were unlatching with an embellishment on one side but not the other. Also, one of the seams had already pulled apart with the inner portion showing. When I contacted the company, they sent a generic reply saying that a return might be possible but not providing any instructions. Despite further emails asking for details, nothing further was ever provided.
Helpful (11)
Thank you

Melissa hasn’t received any thanks yous.

Melissa doesn’t have any fans yet.

Melissa isn’t following anybody yet.

I've been shopping at J Jill for many years and have always been satisfied with the clothes and...