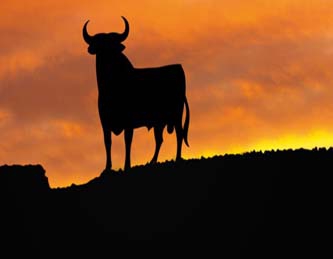 HQhair
“Really terrible experience”
Don't be fooled by the flashy site, this company seems to be run out of somebodys basement.
Received incorrect items with several items missing that I had been charged for still.
Have sent twitter messages, facebook messaes, emails and mesasges through their site trying to resolve the issue but zero response.
Tried to return the items but there are no return information listed on their website at all and says to contact them for a return. However, they don't reply to anything so how can you?
Simple answer is it's a tactic to prevent you from returning anything so that they don't have to give a refund. If they manage to ignore you for 14 days then say you are out of time to return. If you pay with credit card or paypal your only option is to open a dispute.
Disgusting company, take a look at all the bad reviews and take your custom elsewhere.
Helpful (4)
Thank you
ASOS
“Boo”
Horrible company. They never sent me my birthday code and after about 20 mesages back and foth they told me to wait 2 weeks after my birthday to 'wait and see' if they bother to send code or not. This was after promising over a 3 day preiod repeatedly that they would deal with the issue and get me a code. On the day before my birthday they had still not sent me a code despite promisng they would and ignored all my messages until it was too late. They were unfriendly and unappreciative of my repeated custom so I will shop elsewhere in future. Don't count on buying your birthday wardrobe from them because they don't care about your birthday anymore and obviously arent interested in maintaining customer loyalty. I have spent tens of thousands of pounds with them oveer the years but they'll get no more custom from me and I will be warning others to stay away.
Helpful (2)
Thank you
Vpfashion blog
“The worst hair I've ever tried”
I've been wearing extensions for about 6 years and after seeing a youtuber recommend these I thought I'd give them a try. Firstly, they were nowhere near the length or weight I paid for and were extremely thin. You'd need about 4 lots of what they sent me in order to have a full head of hair. I wore them once before they began tangling and became really matted. I washed them and used a conditioner especially for hair extensions but they became more frazzled than ever and tons was falling out even when combed delicately. The quality is really bad, and I don't believe they are human. They appear to have synthetic hair mixed in which I could have bought for a fraction of the cost. They should not be advertising them as human remy hair because it really isn't. Save your money and find a proper seller. Also note that this company advertises a london address but is actually based in china.
Helpful (3)
Thank you
Vinted
“Scam”
I bought a dress off the site but the girl sent me something else. I complained and she said she had mixed up the parcels. She told me an address to send the dress I received to and promised she would send me the right one. I sent it to the correct recipient at my own cost but never got the item I ordered as it was never passed onto me and then I was blocked.
I sold a playsuit and had posted it out to the buyer that day. Vinted had recently sent me a coupon for a discount off any item I choose, which I decided to use. I used the was then banned until 2020, supposedly for using the coupon they sent to me. I never got the item I bought with the discount despite paying some money towards it, and eventhough I posted the playsuit via tracked signed for delivery to the buyer I was never allowed to withdraw my money from the sale because vinted blocked me. It was a £38 playsuit. They made up excuses to ban me without allowing me my money and claimed it was because of the coupon they sent which they said was in error. I don't see how I was expected to know it was an error it said they were giving it to users as a treat and incentive to boost the site and then they block you for using. Why send me the coupon if you dont want me to use it? The answer because it's an excuse to block you from withdrawing your money from their site when you sell something. So they stole my money, several times. I never got the money for the item I sold, and never got any of the items I bought either. Total scam.
Helpful (19)
Thank you
Greedier Social Media
“Bad”
The followers disappeared and no reply to my messages.
UPDATE: They have resolved this.
UPDATE 2: Disappeared yet again. Waste of money.
Helpful (3)
Thank you

Emily A. – Greedier Social Media Rep Over a year old
May we apologise on behalf of the unexpected error, please send us your username to balexander@greediersocialmedia.co.uk and we will investigate this further and resolve this today! :)

S hasn’t received any thanks yous.

S doesn’t have any fans yet.

S isn’t following anybody yet.

I have placed my order 16days ago, which still has not arrived, so I needed to buy something...

I ordered The Ordinary" products and all I can say is: Theyre fake! The colour of the packaging...