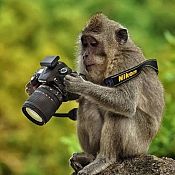 StyleWe
“Update 02/04/18”
• Updated review
Every private message and public response I get from StyleWe reads as if a brand new person shows up and didn't bother to even read the previous conversations between us. They have told so many lies that all they can do is tell even more. Do not buy from them. I received a full refund from my credit card company because they found StyleWe to be misleading and deceptive. The package stopped showing up in online search engines after I was awared as refund, so the package has been delivered. They are just as unhappy receiving their own clothes as we were that they don't want them either. The 5-star reviews here are fake. You can reverse image search the profile photos to find out that they are not actual people.
Helpful (0)
Thank you
“Further update on 01/27/2018”
• Previous review
StyleWe officially knows about these issues since 2016 at least. Have they updated their site or changed their policies to address the many negative reviews based on bad experiences with their company that have been written by actual customers? Nope. They just copy and paste the same canned responses to everyone here without making any changes to these unethical practices. If they really were sorry, they would allow reviews on their Facebook page, update their website to reveal their true return policy, and stop trying to extort customs fees that they tell people don't exist when you ship with the USPS. They would fix what has been clearly presented to them as a problem for the last two years. They do not care and are not going to change, or they would have.

They are taking advantage of people while having the audacity to suggest that they are the victims here. Thanks to everyone willing to stand up to them for their unethical business practices. It's because of this site that Pay Pal has finally started to take these claims seriously and are finally issuing refunds to everyone who has returned the merchandise in good faith.

StyleWe attempted to help this customer through the Sitejabber Resolution Center, but the customer did not respond

If you run into any issues, feel free to contact us at any time.

Best regards,
StyleWe
“Update to my original review from 01/17/18”
• Previous review
I do not believe StyleWe is sorry for anything or they wouldn't have treated all of us this horribly to begin with.

I was given a refund by my credit card company for several reasons. Firstly, StyleWe misrepresented their return policy by hiding it prior to purchase, which is a breach of the seller-buyer good-faith contract. Secondly, I returned their clothes to them following their directions, and the package made it to their district. According to an independent online tracking system, the package was held up at their district's post office because they had refused to accept it. They tried to claim it was a custom's issue. However, according to research I did, customs fees are paid at the time of export, and not upon return. At most, were it applicable, a customs fee should be $2 in this case, and not the significantly higher amounts they try to exort from people. Thirdly, StyleWe told so many different stories that it made anything they said completely unreliable, therefore discrediting their testimony.

After I was awarded the refund, the package no longer showed up in the tracking system, which usually means it was delivered. They no longer had a reason to play games. They have told so many lies that they can't keep them straight. They clearly had no intention of ever giving me, or any of you, a refund. And now that my credit card company stood up to their unfair business practices they want to pretend that they are the victim here. It's downright laughable.

We are sorry you are not satisfied with your purchase. But we never receive your returned parcel. The package was not delivered.
As we have stated in our return policy, we`ll issue refund for you as soon as we receive the returned parcel.

Hope for your understanding.
If you run into any issues, feel free to contact us at any time.

Best regards,
StyleWe
“Zero Stars for Zero Quality”
• Previous review
I ordered 5 dresses. It took weeks to received two dresses from Dubai and the other 3 from China. Only one dress matched the online photo and size. The other four were very poorly made and did not fit properly. They did not match the quality of the online photos.

I had to email them to request a return label for 4 dresses. This was when I first learned that return center is in China. It took 3 requests before I finally received the shipping address. They kept offering me a deal where I would keep the dresses in return for a small percentage refund or store credit.

I followed their return instructions explicitly, shipping the dresses via USPS International Priority Mail (6-10 day delivery). My package cleared customs 5 days after I sent it.

StyleWe refused to refund my credit card for the return. They insisted that they didn't receive the package. I filed complaints against them with my credit card company, the USPS, The Federal Trade Commission, and multiple online sites. I went to their Facebook page to leave feedback. They do not allow feedback, ratings, or posts from customers. I therefore set up a Facebook page called "StyleWe Complaints" where I am in contact with other women who have been scammed by this company. We are trying to hold them accountable for their fraudulent business practices.

Update: I received the following response from "Lanny"

Lanny S. Wrote: ------------------------- Sorry for your unsatisfied. Per checking, you have filed a case at paypal and you have won. That is to say you must will get refund from your bank. But it will a long time. We valued your business and We promise you we will settle this matter at the best way we can. Could you kindly help us to delete or change the negative feedback? We have sent you the Request Resolution email, pls refer to it and kindly help us to change the feedback.

My response to "Lanny": Yes "Lanny", I did win. And I am helping other women so they can win too. Your company is a scam and I am doing everything I can to help others. I will not remove my negative review because it is the truth about what happened to me. Others need to know that this is how you treat your "customers". You deserve to go out of business for trying to cheat hardworking women out of their money by sending them poor-quality clothing.

Note: My credit card gave me the refund when I contested the charge. They decided in my favor a few weeks later and made the credit permanent. I'm just here to help others avoid going through what I did.

Lanny S. – StyleWe Rep Over a year old
Sorry about this transaction.

According to the return tracking number you provided by usps.
The package is never delivered. And since you have filed a case, you will get your refund finally, however we did lost the return package.

Best regards,
StyleWe
VenetianBeadShop.com
“Beautiful beads”
I have been buying beads from this site for over a decade. The quality of their product is very high, and because they have frequent sales, you can usually get them for a great price. The beads are thick, and I have dropped several necklaces over the years, but only have every broken one bead. Sometimes the colors are a little different in person (darker) for the dark colors. Their customer service is excellent. Free shipping over $35 is a bonus. People routinely compliment me for the beauty of the beads. Thanks Venetian Bead Shop.
Helpful (1)
Thank you
Chewy
“The food comes to you”
As someone who dislikes shopping, this site saves me a lot of frustation, and money.

Everything ships quickly and arrives in two days. Rarely, something will be out of stock, but they seem to restock quickly. You do have to buy in bulk on some items, but that's sort of the point in online shopping for certain things.

My UPS delivery person says that she sees a lot of people ordering from chewy.com these days. With good reason.
Helpful (0)
Thank you

Stephanie hasn’t received any thanks yous.

Stephanie doesn’t have any fans yet.

Stephanie isn’t following anybody yet.

We have been ordering many items through Chewy for years now, and we are also on the automatic...

I love chewy, I've been using it since the beginning of the year and so far hadn't had any...